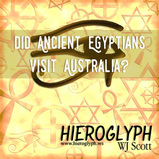 "An enchanting, multi layered novel, Hieroglyph is the new YA Fantasy release from Wendy Scott and it’s sure to grab your attention as she weaves her words with a magical touch, instilling each page with a compelling sense of adventure."
Amazon reader 5* review, Barb:
"My British dad loved ancient Egypt. So infused with his enthusiasm, I have visited extensive exhibits at the British Museum and Highclere Castle. I also remember waiting in a long, long line to see the King Tut exhibition in Chicago. I'm hooked on Egypt so Ms. Scott's novel, Hieroglyph reeled me in. I loved it. She is indeed as star-touched as her protagonist, T.C. I love Scott's writing style. She is so skillful at describing her characters or her settings with just the right image. For instance, listen how she describes a simple protein shake as "green gloop that smelled like radio-active spinach with the consistency of pulped slugs." I believe that YA writers should not write down to kids so I really appreciate her craft and high-level imagery.
We are on a two-fold parallel journey with 13-year-old T.C. and her archaeologist Uncle Max. T.C. with her touch takes us back to an ancient Egyptian voyage to foreign Australian shores. In a frightful, beautifully related storm, the Egyptians go ashore, seeking riches. It is an
amusing trip upriver as we see familiar plants, trees and animals through their eyes for the first time. Koalas, kangaroos, and snakes. Oh my!
But mysteries abound. Who was T.C's orphan mother? Are her parents, also archaeologists really dead? And, of course, what does T.C. stand for? (My aunt had a cat named T.C. which stood for Troublesome Cat. Does that work?) Peppered with music on teen earbuds, engaging illustrations by John Helle-Nielsen, and royal cartouches and scarab beetles, Hieroglyph, I hope, is the first of many stories to be told by W. J. Scott. I want to know more about Aunt Letty, the environmentalist and Jett, the rebel. Lots to excavate!" 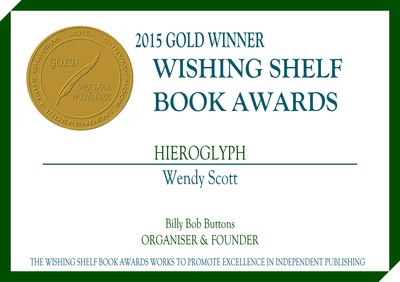 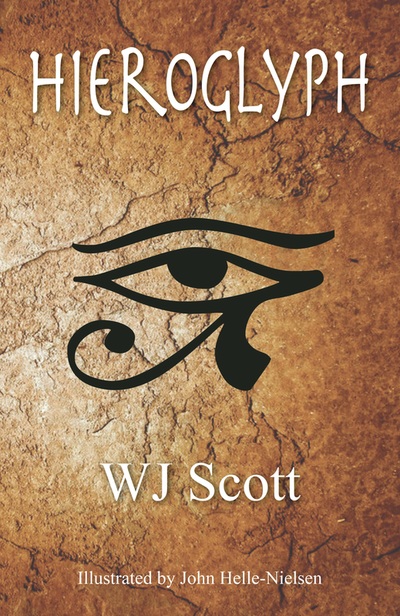 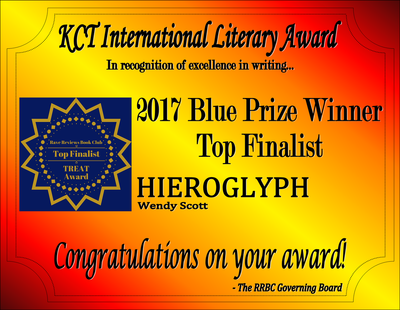 Flax Flowers reviews  "I would recommend this book for ages 11-14, though people above the age 14 might enjoy it as well, if they are interested in other books like this one. Even though the story is about a girl, I think boys would enjoy it as well.
I think you should definitely give this book a try."

"Congratulations, you have been awarded a very high score, and a Gold Quality Mark!" BooksGoSocial.